Corporate Social Responsibility projects about biodiversity and others

YOUR STORY OF SUSTAINABILITY

Engage your employees in an ethical and exciting project through unique experiences and corporate gifts.

Through 3Bee projects communicate your vision and mission for the planet in a strong, concrete and transparent way.

Engage Stakeholders through a new, unique, ethical and positive story to really make the difference.

Discover the projects you can develop with us.

Protect and monitor bees with the technology

Mitigate the impact of your photovoltaic/wind farm

Team building to become a key player in biodiversity

YOU CAN ALSO ADD 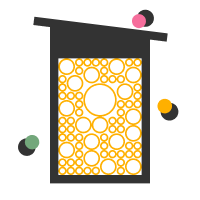 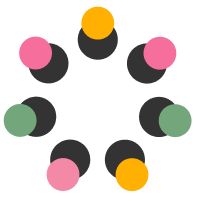 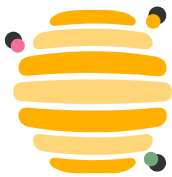 Engage stakeholders in a unique experience 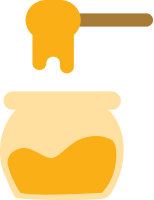 Communicate your commitment with an ethical and sustainable gift

For each project you choose, we will show you the sustainable impact generated

Start by choosing the number of Groves and Beehives to protect

A virtual space where you will find the set all your projects developed with 3Bee.

You will have, in addition, the relative environmental impact generated and always updated.

The Oasis is the ideal tool to quickly and transparently communicate your sustainability achievements to stakeholders and your community.

Discover some success stories where the involvement of a company, large or small, has resulted in a very high social or environmental impact.

Save the duck launches its campaign to respect animals and for bees chooses 3Bee. Together with 3Bee beekeepers ( in photo) we developed a photo campaign to tell the story of the bond between man and bee. Fearless 3Bee beekeepers built a bee-proof set.

Ferrero wants to involve some of its loyal stakeholders in a concrete action of sustainability. With this initiative Ferrero intends to fund a scientific research project characterized by a high content of technological innovation in favor of bees. The green operation represents a tool for dialogue and interaction between the organization and its main stakeholders in order to create and distribute value.

Actimel and the Bees. Smaller on the outside, stronger together. Bees are small, but they do great work for the environment. You know what they have in common with Actimel? It too is small, but inside it has great value. Today we will join forces, the bees will help us to sweeten Actimel only with 100% Italian honey, and we will help the bees to repopulate to do good for the planet. Would you like to help us?

The Be IT campaign, in collaboration with 3Bee, offers its community the opportunity to adopt a total of 6 million bees. Each member will contribute 500 bees to beekeepers around Italy. They will look after them and monitor their productivity.

Crai has chosen 3Bee for bee protection. We developed a sustainability project involving all of Italy protecting over 1 Million bees. The campaign involved all of CRAI's friends and consumers.

The objective of Sobi in this initiative of social responsibility is to really help the beekeeping activity of 3 heroes of biodiversity, who recognize in the advanced technology 3Bee ® an important resource for their work. Sobi is the spokesman of the crisis that this sector of the agri-food industry is experiencing, due to numerous causes, including the abuse of pesticides and the unstoppable consequences of climate change.

With 3Bee, NeN has strengthened its will to fight climate change and its consequences as much as possible. The biggest cause of climate change, in fact, is the production of electricity from fossil fuels, so the green energy of NeN on one hand and the technology for the protection of bees of 3Bee ® on the other hand have met along the same path towards sustainability.

3Bee ® immediately understood Inside Technologies' desire to implement a new form of concrete contribution to the planet, starting with the protection of bees. The company, in fact, raises awareness of the problem of environmental impact both internally and externally with its partners. Corporate social responsibility for Inside Technologies is an all-round value and the technology for monitoring the health of beehives 3Bee ® is the impact driven on the territory that represents it.

The objective of Noverim Srl, a business consulting company, is to contribute to the preservation of the environment and, in order to do so, it has decided to involve its stakeholders in order to really make a difference. Through the project "Pollinate the Planet" conceived by 3Bee, it has adopted an Italian beehive and thus contributed to the process of preservation of ecosystems and biodiversity.

Not only pets, Hill's Pet Nutrition Italy, leader in pet nutrition, could not stand by and chose to protect 60 thousand bees with 3Bee technology. Explore the details of the project.

On the occasion of its first 20 years of activity, MFLaw, Studio Legale Associato with offices in Rome, Milan, Palermo and Ragusa has decided to support the farm Sicul Miele di Noto so that it can take the best care of its bees, to preserve their health, promote their survival and improve their quality of life, equipping it with 3Bee's technology.

Cosmosol, a company that manufactures a wide range of medical devices and cosmetic products for personal care, has decided to join the Pollinate The Planet program as an act of responsibility for the Planet by combining cutting-edge technology with biodiversity.

WHAT THEY SAY ABOUT US

Read what think the partners who chose us to accompany them on their path of sustainability. 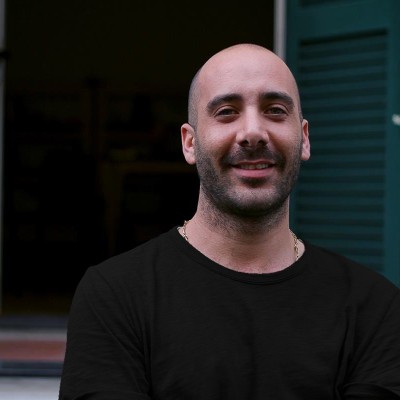 Domenico Pascarella
CMO & Co-Founder
Alfonsino
“I firmly believe that the key to improving the fate of our wonderful planet is to preserve its balance. Together with Alfonsino, we have decided to adopt 60,000 bees because a large part of this balance depends on them.“

Team NeN
NeN
“To really change things, it's not enough to just look at your own situation - we thought we could do more. That's why we decided to help our friends at 3Bee and preserve as many bees as possible.” 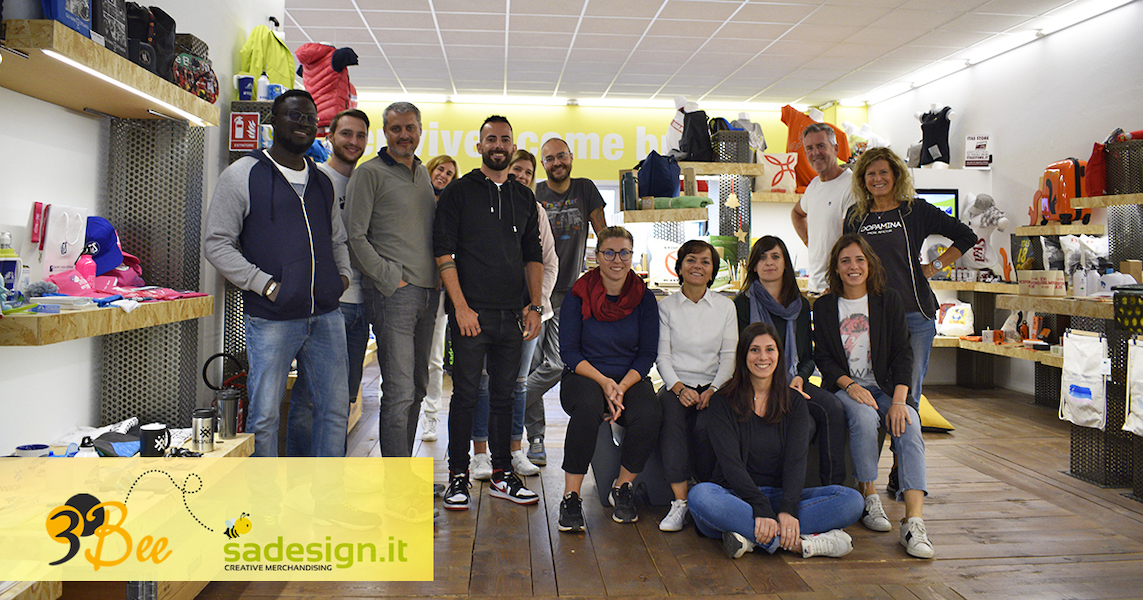 Team Sadesign
Sadesign
“Aware of the environmental impact that every company inevitably has, we wanted to commit to the planet that we would still do our best to try to reduce our impact. And so we did.” 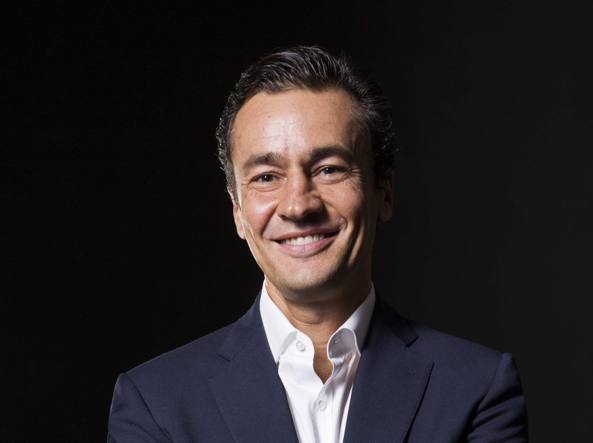 Nicolas Bargi
Founder & CEO
Save the Duck
“Thanks to WE RESPECT BEES Save The Duck intends to rediscover the harmony between man, nature and animals, in order to influence the business model of fashion companies. Protecting bees is an essential action to make the difference.” 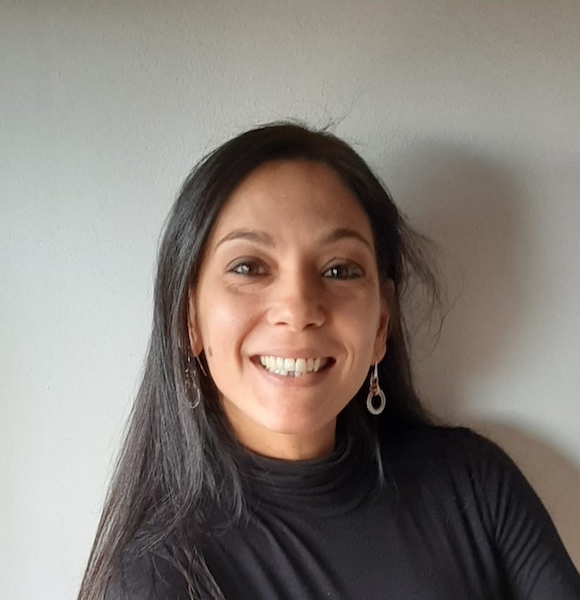 Giorgia Carrozzo
Coordinator of environmental sustainability projects
Geko Viaggi
“We want Geko for Green to be considered more as a project than as a product, for this reason we needed to start with a concrete initiative to demonstrate our commitment first.” 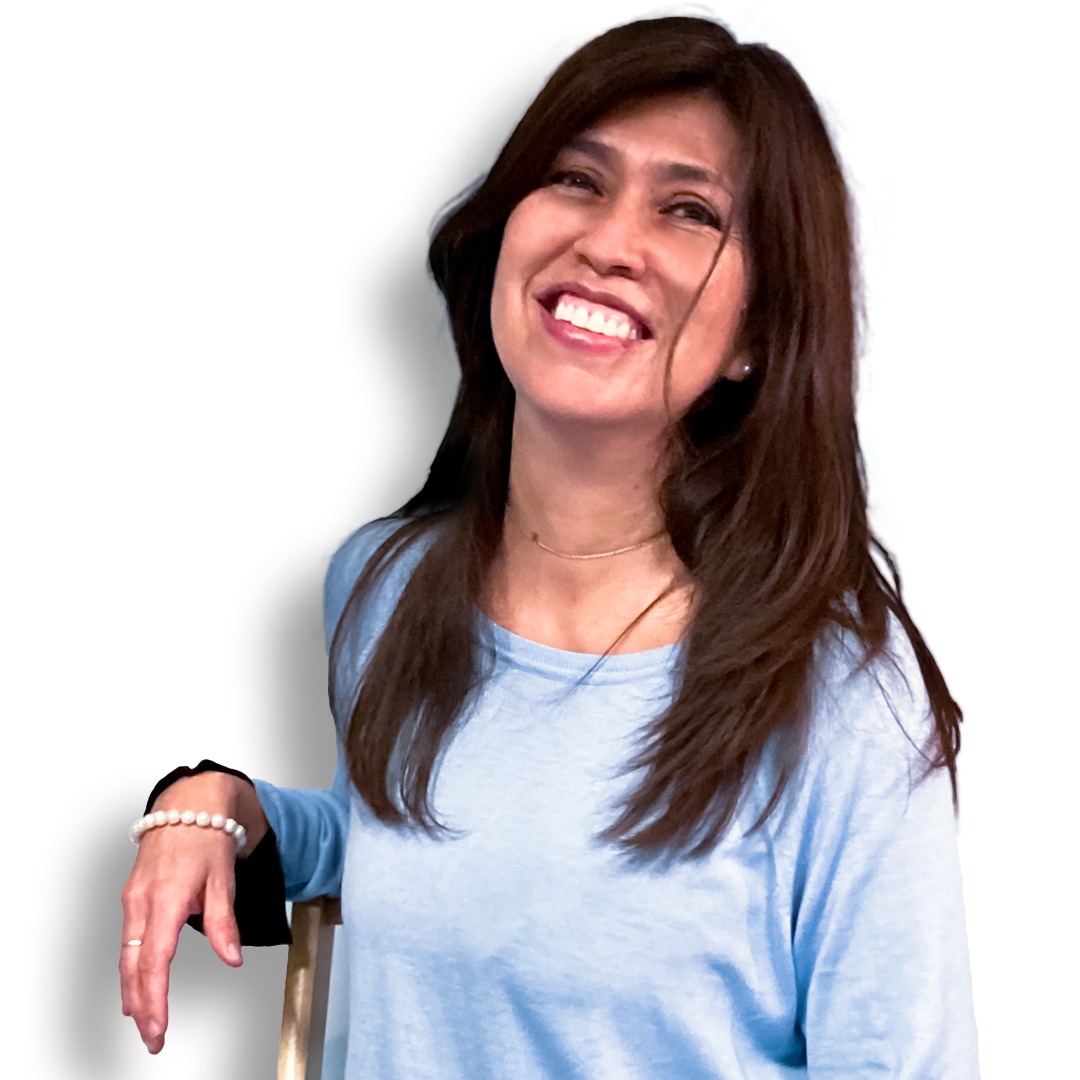 Victoria Aldana
Marketing Coordinator Syes
“3Bee is a concrete demonstration of how technology can be an ally of nature, supporting natural processes by making them more efficient. We adhere with joy and conviction to their mission through the Pollinate the Planet program and we look together to the Future.” 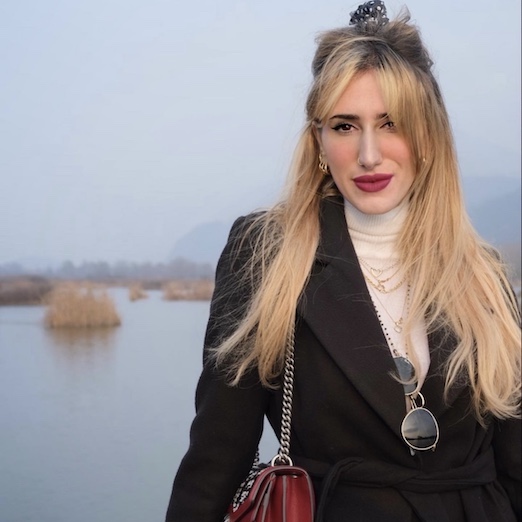 Giulia Pelizzoli
Brand Manager TenScience
“We started with a small great awareness: the planet, as we know it today, would not exist if not for bees. Because creating and protecting beauty, for us is more than a constant commitment, it's a mission. So we asked ourselves: “What if a flap of wings were enough?”” 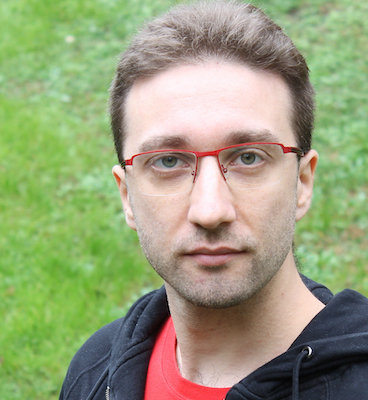 Davide Donghi
Animation Coordinator Ubisoft
“3Bee shares with us innovation, courage and great ambitions, placing them at the service of a concrete project with a strong social and environmental impact. For this reason Ubisoft Milan joins the cause and becomes a partner of 3Bee!” 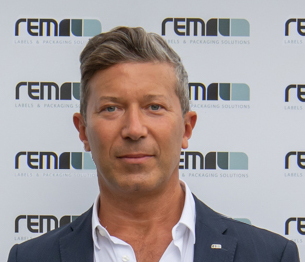 Ettore Maretti
Managing Directo Rem srl
“When we chose how to actively engage in a social responsibility project, the choice was easy because 3Bee brings together many aspects that reflect the different sensibilities of the staff in the company: environmental protection, animals and nature.” 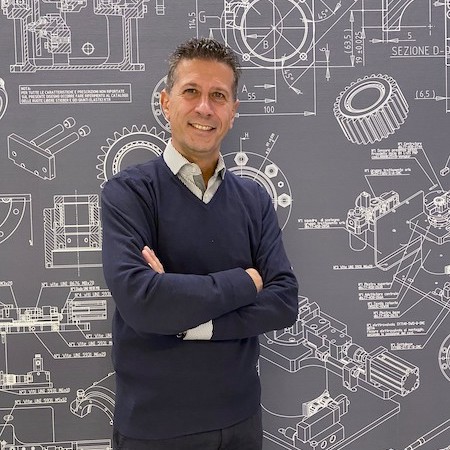 Fabrizio La Licata
Responsabile Marketing Gruppo Mondial
“Mondial Group and 3Bee have a common goal: to look towards a more sustainable future. To build a better world, we need a constant commitment from companies, and with 3Bee we have set ourselves this goal.” 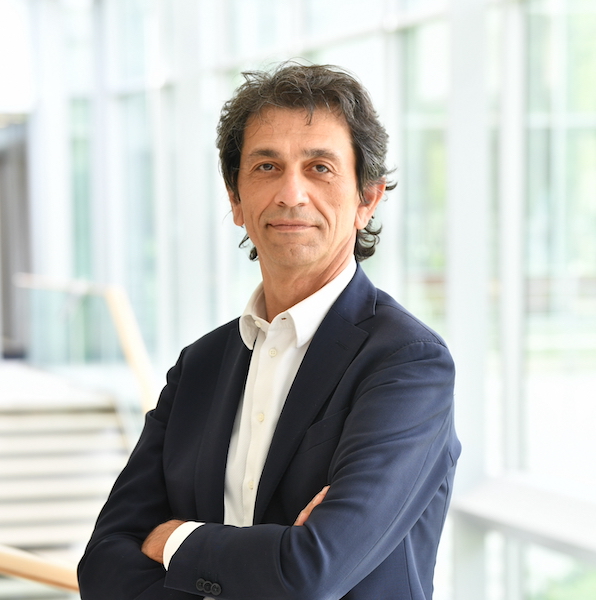 Sauro Lamberti
CEO Nuovamacut
”The decision to support the project of 3Bee is fully in line with our corporate values: every day Nuovamacut turns to companies, professionals who create value within the Italian production fabric with a strongly sustainable approach.” 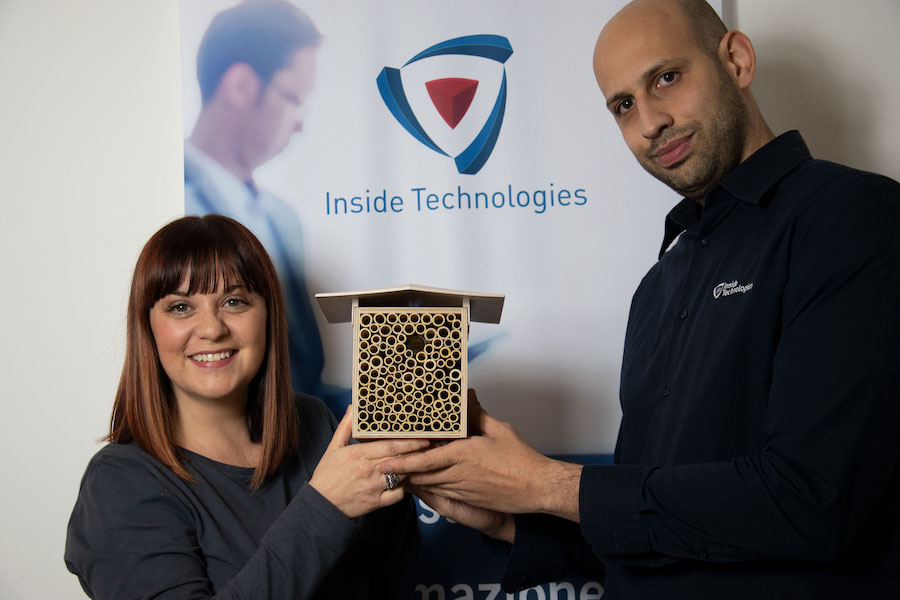 Irene B. Silvio D.B.
Inside Technologies
“We believe that each of us has a duty to make a contribution to the preservation of the environment. That's why we have immediately joined the wonderful project of 3Bee: let's protect bees, a fundamental link for the maintenance of biodiversity.” 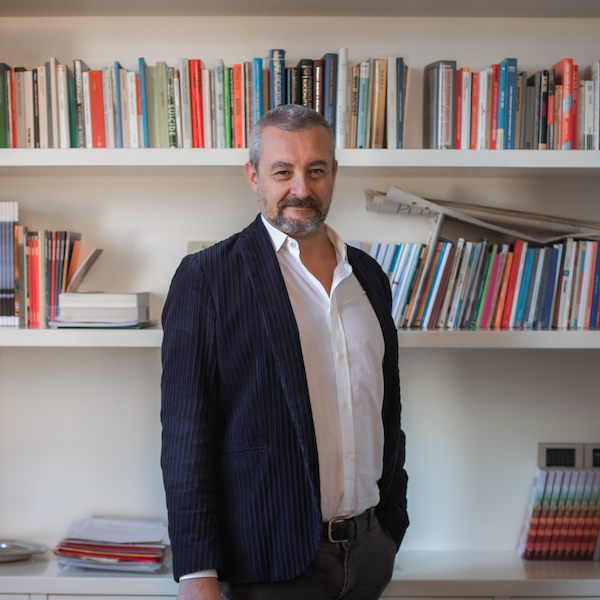 Giovanni Dognini
Presidente Open Group
“We have chosen to become partners of 3Bee because we share the same values and challenges, because we want to be the protagonists of a project with a strong environmental and social impact.” 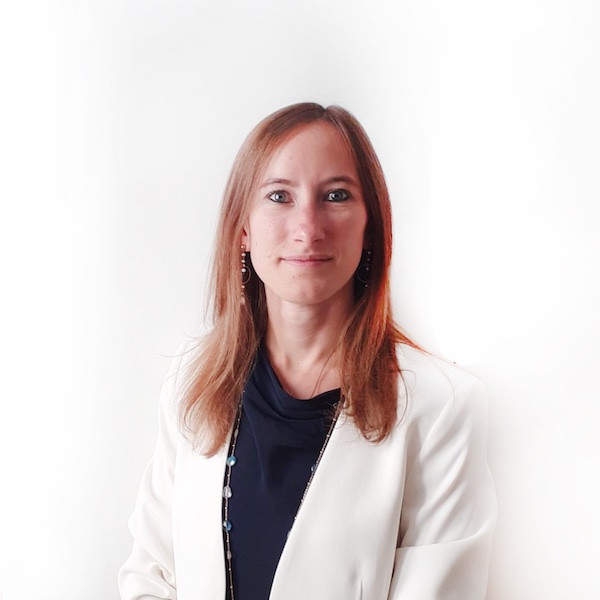 Chiara Rondina
Corporate Marketing Specialist FPZ SPA
“How much does the life of a bee matter? What about the value of a tree?" With questions like these we want to design a future for all in which the Earth, our unique and special planet, with its wealth of water and biodiversity, must be protected and helped.” 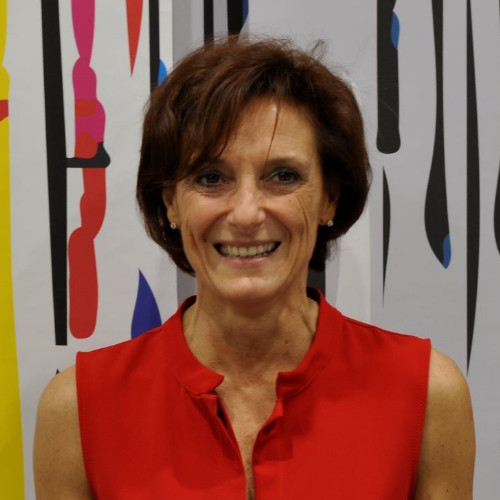 Cristina del Guasta
Presidente CdA MCA Digital
“3Bee, through the Pollinate the Planet program, has helped us to identify the solution that best corresponds to our needs, also accepting our requests in order to better enhance the message that we try to transfer to our customers.” 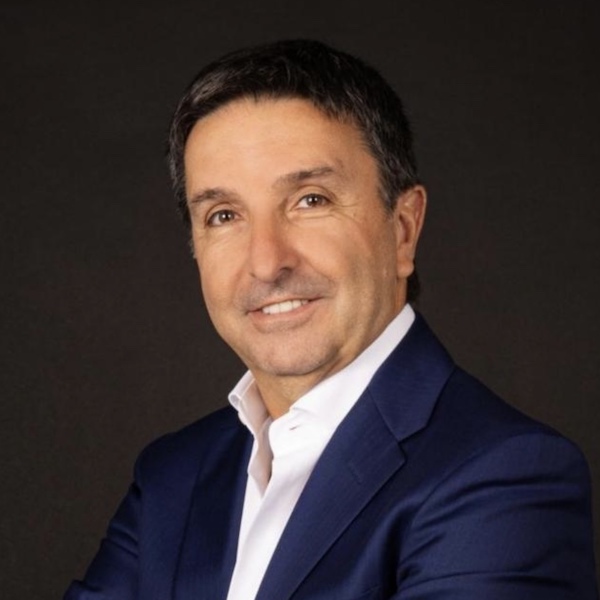 Gian Paolo Crepaldi
Direttore Generale Desa Pharma - Brand Apropos
”Always deeply connected to the world of Bees, which provide us with Propolis, the element at the core of our DNA formulation, we initiated the #BeeTheChange for the future project, supporting 3Bee's Pollinate the Planet campaign, with which we share a common mission and values.” 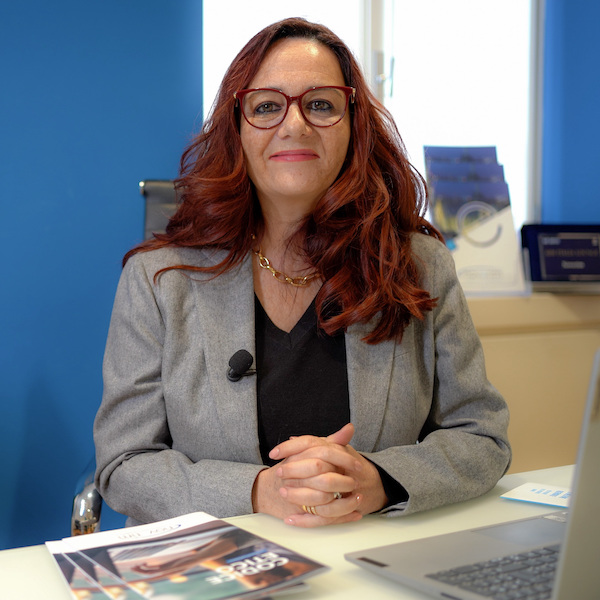 Roberta Mello Rella
Operations Director and Founder of Noverim
”Our stakeholders know our focus on Corporate Social Responsibility. By joining 3Bee's Pollinate The Planet project, we can not only set a positive example but also share our intent by actively involving them in our drive for a better future.” 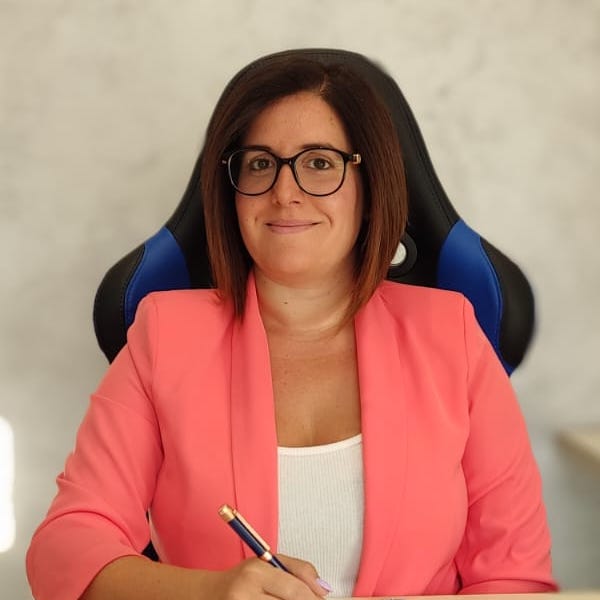 Erika Gizzi
Admin. & Finance officer, HR responsible O.M.S.
"While surfing the Internet, we discovered 3bee. We were immediately struck by the reality it represents. That's why we decided to take an active part in this project to protect bees and all that they represent for the environment." 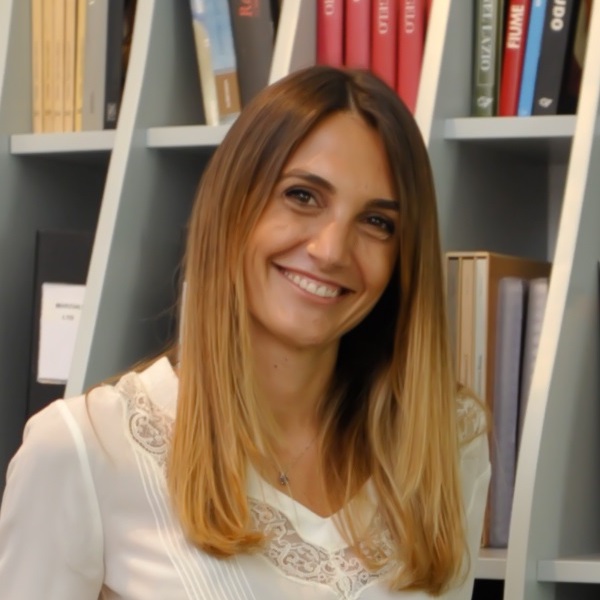 Livia Mannocchi
Partner and Marketing Manager at MFLaw
"We strongly wanted to support 3bee, as we are convinced of the enormous positive impact generated by such an innovative and technologically advanced partnership."